One of the ACM Europe Conference main topic is covering HPC. The track will compose of the keynote talk by Prof Kathy Yelick on “Breakthrough Science at the Exascale” and it is followed by a panel, composed by top world experts in HPC. The panel will review progress and current plans for the worldwide roadmap towards Exascale computing and will be moderated by by Thomas Skordas, Director for Digital Excellence and Science Infrastructure at the European Commission. 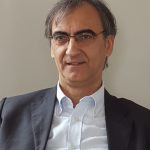 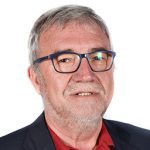 Professor Mateo Valero obtained his Ph.D. in Telecommunications from the Technical University of Catalonia (UPC) in 1980. He has been teaching at UPC since 1974; since 1983 he has been a full professor at the Computer Architecture Department. Since May 2004, he has been the director of Barcelona Supercomputing Center, the Spanish national supercomputing centre. His research is in the area of computer architecture, with special emphasis on high performance computers: processor organization, memory hierarchy, systolic array processors, interconnection networks, numerical algorithms, compilers and performance evaluation. His main awards: Seymour Cray, Eckert-Mauchly, Harry Goode, ACM Distinguished Service. He is Honorary Doctorate by 9 Universities. He is a fellow of IEEE and ACM and is and Intel Distinguished Research Fellow. He is member of 5 academies. 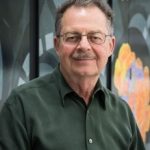 Dr. Paul Messina is Advisor to the Associate Laboratory Director and Laboratory on Exascale and Argonne Distinguished Fellow at Argonne National Laboratory.

His current role is Project Director for the U.S. DOE Exascale Computing Project, a multi-laboratory project. During 2008-2015 he served as Director of Science for the Argonne Leadership Computing Facility and in 2002-2004 as Distinguished Senior Computer Scientist at Argonne and as Advisor to the Director General at CERN (European Organization for Nuclear Research).

In his first association with Argonne from 1973-1987, he held a number of positions in the Applied Mathematics Division and was the founding Director of the Mathematics and Computer Science Division. 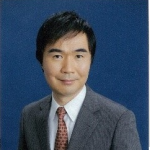 Satoshi Matsuoka has been a Full Professor at the Global Scientific Information and Computing Center (GSIC), a Japanese national supercomputing center hosted by the Tokyo Institute of Technology, and since 2016 a Fellow at the AI Research Center (AIRC), AIST, the largest national lab in Japan. He received his Ph. D. from the University of Tokyo in 1993. He is the leader of the TSUBAME series of supercomputers, including TSUBAME2.0 which was the first supercomputer in Japan to exceed Petaflop performance and became the 4th fastest in the world on the Top500 in Nov. 2010, as well as the recent TSUBAME-KFC becoming #1 in the world for power efficiency for both the Green 500 and Green Graph 500 lists in Nov. 2013. He is also currently leading several major supercomputing research projects, such as the MEXT Green Supercomputing, JSPS Billion-Scale Supercomputer Resilience, as well as the JST-CREST Extreme Big Data.

He is a fellow of the ACM and European ISC, and has won many awards, including the JSPS Prize from the Japan Society for Promotion of Science in 2006, awarded by his Highness Prince Akishino, the ACM Gordon Bell Prize in 2011, the Commendation for Science and Technology by the Minister of Education, Culture, Sports, Science and Technology in 2012, and recently the 2014 IEEE-CS Sidney Fernbach Memorial Award, the highest prestige in the field of HPC. 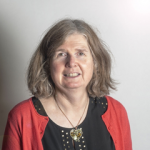 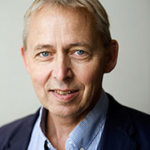 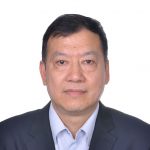 Qian Depei, professor at both Sun Yat-sen university and Beihang University , dean of the School of Data and Computer Science of Sun Yat-sen University.

Since 1996 he has been the member of the expert group and expert committee of the National High-tech Research & Development Program (the 863 program) in information technology. He was the chief scientist of three 863 key projects on high performance computing since 2002. Currently, he is the chief scientist of the 863 key project on high productivity computer and application service environment.